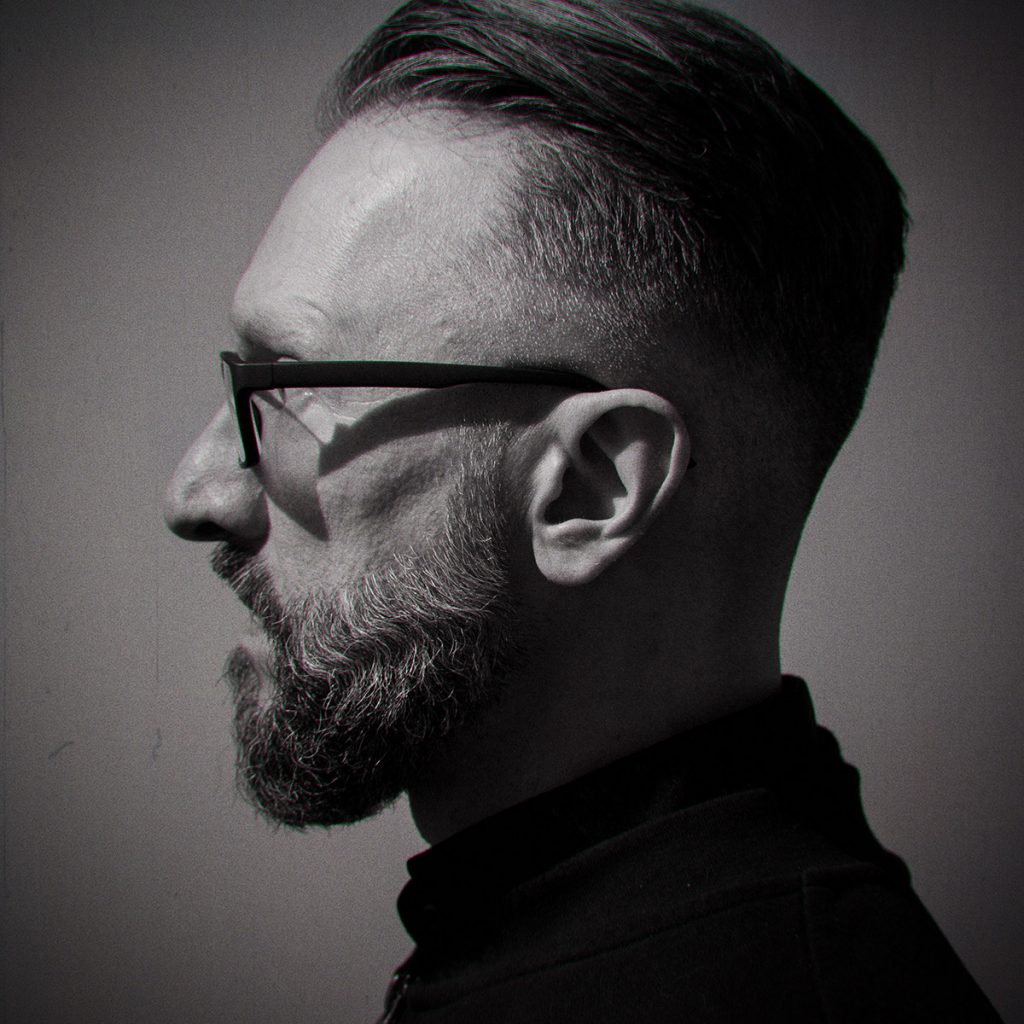 The story begins at the very start of the eighties in the East of France, bordered by Belgium, Luxembourg and Germany, in a town surrounded by a vast industrial valley. While still a child, David Vallée discovers electronic music, feeding on sounds and early music videos primarily springing from the UK, Germany or the USA.

He first starts experimenting with electronic music in 1984, producing a limited number of melodies based on frightful sound snippets. In 1988, more elaborate compositions take form. Immersed at the time in New Wave and acid and house music from Detroit, David creates rhythmic tracks mixing bleeps and microchip sounds.

A few years later he steps into the realm of rhythmic and industrial experimental music, suffusing it with his own electronic influences to finally launch in 1996 a new project called LITH. The project gains worldwide recognition among the circle of influence of the electronic music scene and is still going to this day.

Some ten years following the start of LITH, having left his native region, David veers towards lighter, more melodic sounds. Arising in 2008, EKS.CENTER is the result of these years of musical experimentation and discoveries, brought on by a profound desire for renewal.

In 2010 the Bordeaux netlabel ANGSTPROD Netlabs releases the project’s first official LP Grey Morning in digital format, which then made it possible for EKS.CENTER to appear on stage alongside RICHARD DEVINE, SUBJEX, FRACTIONAL, DEEWORK and SINDRI.

2013 sees the consolidation of EKS.CENTER’s sound and esthetics with the release of the Red Blossoms album.

In the Mobile Colors EP, which came out early 2015, followed by Tsukuba Expo 85 EP and Playgrounds album in 2016, EKS.CENTER sheds its drum’n bass influences for sounds closer to the late seventies/early eighties electronic music scene, developping visuals revisiting the colours and moods of the period through Polaroid-like photographic collages and hauntologic original pictures.

2017 will see the release of Chromatic Bubblegum and Clouds album, two productions presenting a more current musical orientation, with powerful rhythms and refined melodies, confirming the maturity of the visual as musical world of EKS.CENTER.